Crossing through the United State’s Porter Square in Cambridge, to Harvard University, then Central Square on Massachusetts Avenue, to Massachusetts Institute of Technology (MIT) and then to the Berklee College of Music was fun for Ruth Rwego Kamanzi.

These are names of places she had only read about. Here she was, not just in those places, but also meeting world-renowned musicians, such as five-time Grammy winner and bassist Victor Wooten.

The year was 2018. Kamanzi had travelled over 6,900 miles from Uganda to Massachusetts, to attend a five-week study program in voice and guitar. That is what her $10,000 scholarship could afford her at Berklee.

While a student at the Word of Life International School, in Entebbe, central Uganda, Kamanzi presented a song to visiting students from the Berklee College of Music. Her performance wowed the students, who encouraged her teachers to support her to apply for a scholarship for a course at Berklee. Everything went according to plan and she found herself admitted to the U.S. school.

Kamanzi had the option of living within Berklee, but she opted to commute from a home of her Ugandan relative who lives in Boston. Commuting to college was the only way she would adventure, she reasoned.

Not even an attempted abduction on one of the days she headed to college could dampen her spirits. Kamanzi nearly got kidnapped by an American man on her way to Berklee. She said she was rescued by the Police.

Her earlier desire was to undertake a bachelor’s degree in song-writing, production and film scoring. Such a course had a price tag of $210,000, which neither her family nor the scholarship could meet.

Upon her return in 2019, she enrolled for a Bachelor of Arts in Journalism and Communication at the Uganda Christian University UCU.

“UCU offers a beautiful space for you to get to know God better,” she said. “It also offers an opportunity to discover yourself more and appreciate life and what you have more.”

At UCU, she actively participates in her faculty fellowship’s music activities and has performed a couple of times with her red and silver Resonator Bluegrass guitar. Such performances have, over time, won her some fans at the university.

The professionally trained violinist hopes to be a career musician and to inspire young girls to be what they want to be.

Kamanzi is renowned among Ugandan urban youth for skillfully playing the guitar and singing, usually alongside her sisters – Nduhukire and Royal Kaitesi. The trio has a band called Firm Foundation. Kamanzi and Nduhukire are currently acting in separate local television series; Prestige and Sanyu, respectively. The latter also features a UCU alumna – Tracy Kababiito.

“She loves music and expresses her vocal agility each time she is singing,” says Rachael Nduhukire, of her elder sister.

Kamanzi’s YouTube channel, which started in 2018, as a prerequisite for her application to Berklee College of Music, now boasts nearly 1,000 subscribers.

Kamanzi, a daughter of Leonard and Ida Rwego, attended Word of Life International School from pre-school through grade 12. At the school, she was a lead vocalist and guitarist for a band. She is currently a contributing writer to two contemporary Christian music albums for Watoto, a Pentecostal church in Uganda.

During the lockdown that was instituted in Uganda in 2020 due to the Covid-19 pandemic, Kamanzi posted a short video clip, where she was performing a song dedicated to all people who had lost loved ones to the virus. That post attracted more than 16,000 views. 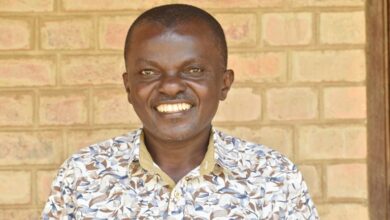 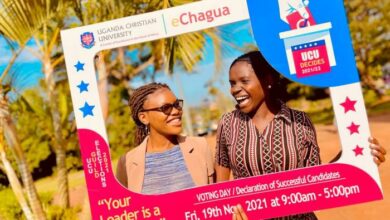