(NOTE: This story contains hyperlinks to original music, including one dedicated to God, from a UCU student.)

By Nickie Karitas
Uganda Christian University (UCU) student Enock Muwanguzi is no Henry David Thoreau. In fact, Muwanguzi may not even be aware that Thoreau, an American poet, essayist and philosopher, ever lived.

However, the way the Ugandan gospel singer has lived his life in the recent past brings to mind Thoreau’s famous quote about music: “When I hear music, I fear no danger. I am invulnerable. I see no foe. I am related to the earliest of times, and to the latest.”

Indeed, at one point, Muwanguzi feared no danger because he had heard music. One afternoon, he precariously chose the option of making time to grant a TV interview to a media house in Uganda, instead of sitting a test at UCU.

“I knew the consequences of my actions, but this was an opportunity to promote myself on a big media house,” the third-year student of Bachelor of Arts in Mass Communication says.

He felt safe with the decision he had made. Muwanguzi thought he was invulnerable. However, he soon learned his lessons the hard way, after realizing that his actions could throw his grades off balance.

“The retake got me back in line, and I had to prioritize my degree,” the 23-year-old says. From then on, when it came to the business of studies, Muwanguzi had to mean that business.

With the pile of course work, projects and examinations, Muwanguzi says he sometimes had sleepless nights, trying to make a decision on whether it was worth it to load himself with studies, as well as a music career.

Handling the two concurrently seemed to take a heavy toll on him. But he quickly found an answer.

“Trust in God.” He believed that God could not give him a load too heavy for him to carry.

“It was at this point that I recorded my song, titled Trust,” he narrates.

As Thoreau says, Muwanguzi seemed to see no foe when he heard music. During his Senior Six holidays, as he awaited admission into university, Muwanguzi often accompanied gospel artist friends to the studios to record their songs.

“Each time I was in the studio, I felt I had made it to the stage,” he recalls.

On one of his journeys to the studio to accompany his friends, he befriended a producer, Sam Ssemwogerere, who eventually gave Muwanguzi a chance to record his first song. He could not believe the opportunity that he had just landed. As a result, Muwanguzi composed a song Nze Ani?  which means Who am I? He dedicated that song to God, for giving him an opportunity to record his maiden song.

Now that he had recorded songs, Muwanguzi had to promote them. “I had used up all the money for upkeep to solve some financial challenges I had,” Muwanguzi says, noting that, as a result, he could not finance the promotion of his songs.

However, Ssemwogerere was, once again, to the rescue. He says because Ssemwogerere had seen talent in him, he helped to share his music with people who had platforms to play it, so that Muwanguzi could get recognition. All this, Muwanguzi says, Ssemwogerere did for free. The goodwill that Ssemwogerere exhibited inspired Muwanguzi’s song, Onyambanga, (help me always) beseeching God to always help him.

Muwanguzi has been featured on several media platforms to grant interviews about his career and how he balances books and music.

Muwanguzi’s friend and classmate, Brian Kintu, attests to his conscientiousness: “The fact that Spid has managed to balance his course and music proves his hard work and passion.”  Muwanguzi’s stage name, Spid, is derived from his amusement by the ‘speed’ at which God attends to his needs. His latest songs – Mukono Gwo and Enjegerre  – are slowly gaining popularity in Uganda. 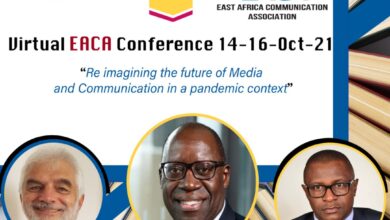 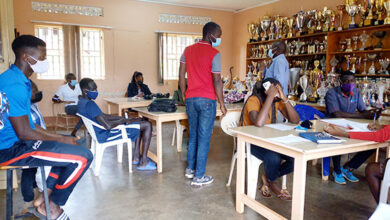 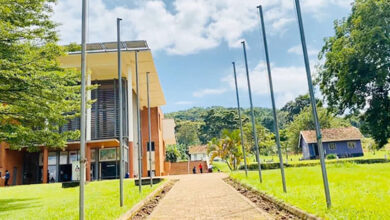