Bespectacled. Loose-fitting, sky blue shirt. Sage-green cotton trousers. Black sneakers coated with dust likely gathered from strolling down the dirt roads of Mukono. His casual countenance belies his unsullied academic pedigree. He is an ordinary, grey-haired folk until you do one of three things: Type the name William S. Kisaalita into Google Chrome, ask him to tell you a bit about engineering and, thirdly, show him a major socio-economic problem in your community. Then shall you know the 67-year-old scholar for ‘who he truly is’.

Kisaalita is a Distinguished Professor of Engineering and a former Graduate Coordinator, at the University of Georgia, USA. Additionally, he is a Fellow of the American Association for the Advancement of Science, the Uganda National Academy of Science, and a Fulbright Scholar.

Early this year, 2021, he got an adjunct appointment at UCU and consequently touched base in Mukono in March. He received the offer with two hands for many reasons, though chiefly because of his keen interest and world-class expertize in “internationalizing undergraduate students engineering learning experiences”, as the Journal of Community engagement and scholarship writes of him.

Kisaalita came to teach mainly two course units: Foundations of Engineering Research and Development Engineering and Sustainability. He awaits approval of the course units by internal authorities who handle University curricular, before he can embark on lecturing. He has published literature in the same fields and beyond. His major books are two: Development Engineering and 3D Cell-based Biosensors in Drug Discovery Programs. Both are available on amazon.com. But this is only a pipsqueak of his scholarly portfolio. Kisaalita has published research and done more projects than space allows me to detail.

I met him somewhere on the green of Uganda Christian University (UCU). Typical of a Ugandan that has lived long enough in the West to master the on-time culture, he was just in time for our appointment. “It is exciting to be back home, you know, after so many years of being away” he remarks, with an American English accent. He has lived in the Diaspora since 1779. He makes his home in Georgia State, USA. Though they are empty nesters, Kisaalita and his wife Rose Mayanja, have four children.

He is the mind behind the Evakulaa a milk preserver powered by biogas derived from cow dung. Courtesy of a grant from the National Science Foundation, Kisaalita came to Uganda, in 2002, with a team of Undergraduate engineering students from UGA with whom he built the milk cooler. He would later secure another grant from World Bank to commercialize the cooling system, which had taken him many years and additional funding from USAID to develop. The invention has since revolutionized the milk market in Uganda, enabling small holder farmers who cannot afford refrigerators to keep milk fresh overnight.

In 2005, together with a colleague from UGA Kisaalita travelled to Morocco to develop a system that could help Moroccan women crack nuts much faster and efficiently. Nut-cracking was a laborious task that the women undertook to earn a living. Oil-exporting companies would hire them to crack shells of argan nuts in order to harvest the seeds, from which, then, oil would be extracted. The women had to crack the seeds between two stones, a process that sometimes mangled their fingers.

It usually lasted nearly 24 hours to produce a litre of oil. Incommensurate to the labour. No sooner had he tried to crack one himself than Kisaalita assigned his students to forge a nutcracker. The result of the heuristic Professor and his student’s development was a crank shaft hand tool that cracks nuts thrice faster…

Unlike scientists whose science closes out God and Godliness, Kisaalita’s empathy for the poor that is almost palpable when he speaks about their problems, is evidently inspired by his Christian convictions, which he argues must be an undergirding force if one is to think beyond their stomach, but of what they can do for their community.

“I feel like my job is to do things that lifts  people further up, from where they are, on the economic pyramid and there is no way of getting to know what they need other than stepping in their shoes or listening to them complain.”

A penchant to solve social problems in his community has always inspired Professor William Kisaalita, a social entrepreneur, researcher, teacher, writer and parent. He believes that to understand challenges of the people one seeks or claims to serve, the latter must walk in their shoes; lest they come up with irrelevant inventions. Hence, he does not know, let alone like, to sit up in air conditioned study rooms or libraries, perusing tomes to read up on problems people are facing, then research. His methods are ethnographic.

Over the six months he has lived in Uganda, since March, Professor Kisaalita decided to embark on a project whose intended fruit, he says, is high-efficiency briquette-making machine(s) and green charcoal making. These he believes, will ease burden of unnecessary manual labour on local briquette makers in Uganda, some of whom he has interacted with during his six months stay in the country, ever since arrival.

A casual chat with a young woman whom he met selling briquettes somewhere around Mukono inspired the idea. On hearing-firsthand- about the rudimentary production processes, the Professor who began to think- Solution. He has been thinking, designing concepts and writing grant proposals. Now he has a briquette-development and green charcoal project underway in which he hopes to incorporate Engineering students when they are back on campus for in-person learning.

Moreover, he is working towards developing a center in UCU called the “Sustainable Development Center”, with goal of “strengthening graduate education”.  “I would like to produce a student who thinks at a high level to tackle problems in their community,” says Kisaalita. This would be a UCU- version of his annual program for freshmen, called the First Year Odyssey Seminar.

The Professor’s affiliation with UCU-no doubt- brings premium value to the University’s Faculty of Engineering, Design and Technology, not only because of his heavy scholarly profile but also because he eagerly seeks to link UCU to his world-wide web of networks. “I will try and use my networks. I hope to invite some of my colleagues from my University, here, to teach and interact with the students for periods as short as three weeks,” he says. “And soon some of them will even like the experience enough to travel on their own, he adds with a grin.

Professor Kisaalita attended from Bishop Senior School in Mukono, 1968-1971. He later joined Kings College Buddo in 1972 from where he acquired his High School Certificate. In 1974, he joined Makerere University and graduated with a Bachelor’s of Science degree in Mechanical Engineering in 1978. Four years later, he acquired a Master’s in Bio-resource engineering from the University of Vancouver, BC, Canada.

In 1981 he came back to Uganda to start a teaching career at Makerere University, but barely spent a year there because “life was incredibly hard. It was impossible to live decently”. He was earning a meagre wage of 600 shillings despite the economic inflation at the time. “The economy was in tatters, money had lost value due to inflation, but our salaries were not adjusted. On many occasions his parents delivered food to his apartment.

After seven months in Uganda, he decided that life at Makerere, at the time, was unsustainable. He hang his boots in August 1981 and left for Canada a few months later, in 1982. He enrolled for a Doctorate in Chemical engineering, in 1987, at the University where he had acquired a Master’s.

Professor Kisaalita has garnered strings of awards over and secured Postdoctoral Fellowships at prestigious institutions around the world, during his scholarly career that has spanned over 40 years.

When he was nine, ‘little’ Kisaalita paid his debut visit at a workshop. In company of his father, who was a government mechanic at the Ministry of Works. At the workshop he saw giant machine slamming and neatly flattening other huge pieces of metal. His jaws dropped. As thought stricken by divine conviction, he said to himself, “I want to be able to do something like this.” Over fifty years later, he has become a polished innovator who niches in simple engineering solutions for problems of the proletariat.

Wandamix, a housefly larva-based protein concentrate for poultry feed formulation, is another of his innovations. This he developed to soothe the predicament of poultry farmers in Burkina Faso.

Hopefully his next popular project will come from UCU. 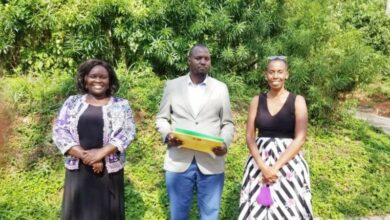 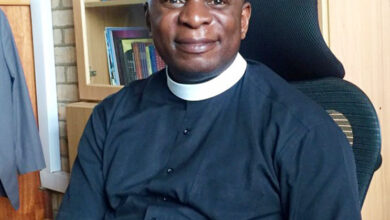