Impressed by the proposal, then UCU Vice Chancellor, the Rev. Canon Dr. John Senyonyi, tasked him with writing a virtual learning plan for the entire university. Senyonyi hoped to present it to the University Council for approval.

When the proposal was approved, Kyakulumbye was asked to design the eLearning policies and guidelines. By 2015, the UCU eLearning center was under construction. The university needed to get someone to manage the center. When the vacancy was advertised, Kyakulumbye applied and was hired for the position. However, he was not able to assume the role.

“I didn’t step into my office because, around the same time, I got a scholarship from the UCU staff scholarship committee to pursue my PhD course,” the 47-year-old said. “And so, I had to make the difficult decision.”

Kyakulumbye left in 2016 to attend his Pre-PhD program at the University of Pretoria and, later, in 2017, he headed to the University of Western Cape in South Africa, to pursue a doctorate in information systems. However, he maintained a seat on the eLearning committee that had been formed to oversee virtual learning programs.

Kyakulumbye’s stay in South Africa challenged him to test his own initiative.

“I used to teach my master’s students online,” he says. With the exposure acquired from South Africa, in 2019, the Vice Chancellor asked him to present to the academic management of UCU insights into how they could integrate eLearning in the Alpha app, an application students use to check academic results at the university.

In 2020, the UCU School of Business, set up an eLearning committee to design virtual programs for students, and the ripple effect was felt across all faculties.

By the time schools were closed in March of 2020, to limit the spread of Covid-19 in Uganda, UCU was well ahead of many higher institutions of learning as far as eLearning is concerned. In fact, UCU Vice Chancellor Aaron Mushengyezi has invited institutions that wish to learn from the best practices of online learning at UCU not to hesitate.

“We have invested in our infrastructure of electronic learning and have something to share with other institutions and in case of any help, we are around to give a hand,” Mushengyezi said at a recent online conference convened to discuss the disruptive effects of Covid-19 on the education sector in Uganda.

Now eight years since Kyakulumbye’s first proposal rooting for eLearning, lots of changes have happened. He is now a proud holder of a doctorate degree and is a senior lecturer in the University. The Faculty of Business Administration is now the UCU School of Business. And, thanks to Covid, eLearning was fast tracked and implemented across the entire University.

Kyakulumbye did not just bump into the computer world. He’s highly qualified to be there.

He holds a master’s in project management and a post-graduate diploma (both aligned to ICT) from the Uganda Management Institute. His bachelor’s degree, attained at Nkumba University in Uganda, was in computing education.

He is a registered Graduate Educator by Uganda’s Ministry of Education and Sports. A well-published scholar, Kyakulumbye chairs the UCU Research Ethics Committee, a body that plays the oversight of research involving humans as research participants in Uganda.

For 20 years, Kyakulumbye has been married to Agnes Nansubuga; the couple has five children. He is a son of Lubowa Joseph and Ann Mary Namuddu of Buikwe in central Uganda. Kyakulumbye loves music and enjoys playing traditional instruments like flutes.

When he completes his tour of duty at UCU, Kyakulumbye wants to engage in consultancy in information technology. 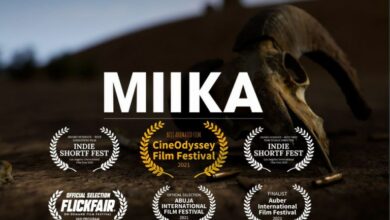 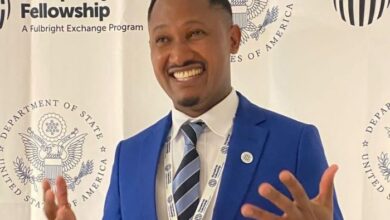 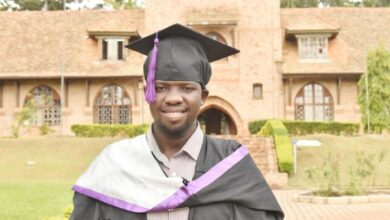 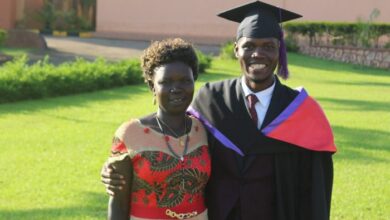